IntelliSee: A Game Plan for the On and Off-Season

In the 2021 football season, IntelliSee successfully saved the University of Iowa more than $100,000 in security costs. By using IntelliSee’s AI risk mitigation platform to automate the monitoring of surveillance feeds, they successfully leveraged its existing infrastructure while proactively alerting staff for less cost. Next, it was time to see what value IntelliSee could bring during the off-season.

University campuses are a complex web of large buildings, event spaces, performance venues, sports arenas, and more—all connected by parks and walkways accessible to the public. So it’s no surprise that every year, colleges and universities spend hundreds of thousands of dollars and countless hours securing their campuses.

Like other Big 10 Universities, football at the University of Iowa is a community affair. With a stadium seating capacity of just under 70,000, officials know that big crowds mean taking big precautions. Before home games, considerable measures are taken to protect valuable property and ensure public safety, including in-depth security sweeps, additional on-site guards, and personnel to monitor security feeds 24/7. But when the gates are locked and the floodlights turn off, how can universities effectively and efficiently secure their facilities?

With IntelliSee already overlaying existing security cameras, it continued to autonomously scan for various threats—everything from trespassing to fallen persons and more. This 24/7/365 protection allowed the University to shift its officers to other areas without compromising security. Because real-time alerts are sent to dispatch for further review, officers can respond when and where an actual incident occurs.

IntelliSee’s customizable risk detection alerts allow organizations to crack down on recurring issues such as trespassing, loitering, or employee no-shows. Because IntelliSee’s alerts include visual detection confirmation, dispatch can confirm the threat before sending officers to the scene. This confirmation gives officers immediate situational awareness, making them more prepared to respond, and helps avoid wasted resources on false alarms.

With IntelliSee up and running, the University can now autonomously detect and address threats faster and more efficiently, so resources can be used to prevent, address, and mitigate threats instead of responding to incidents after the fact. 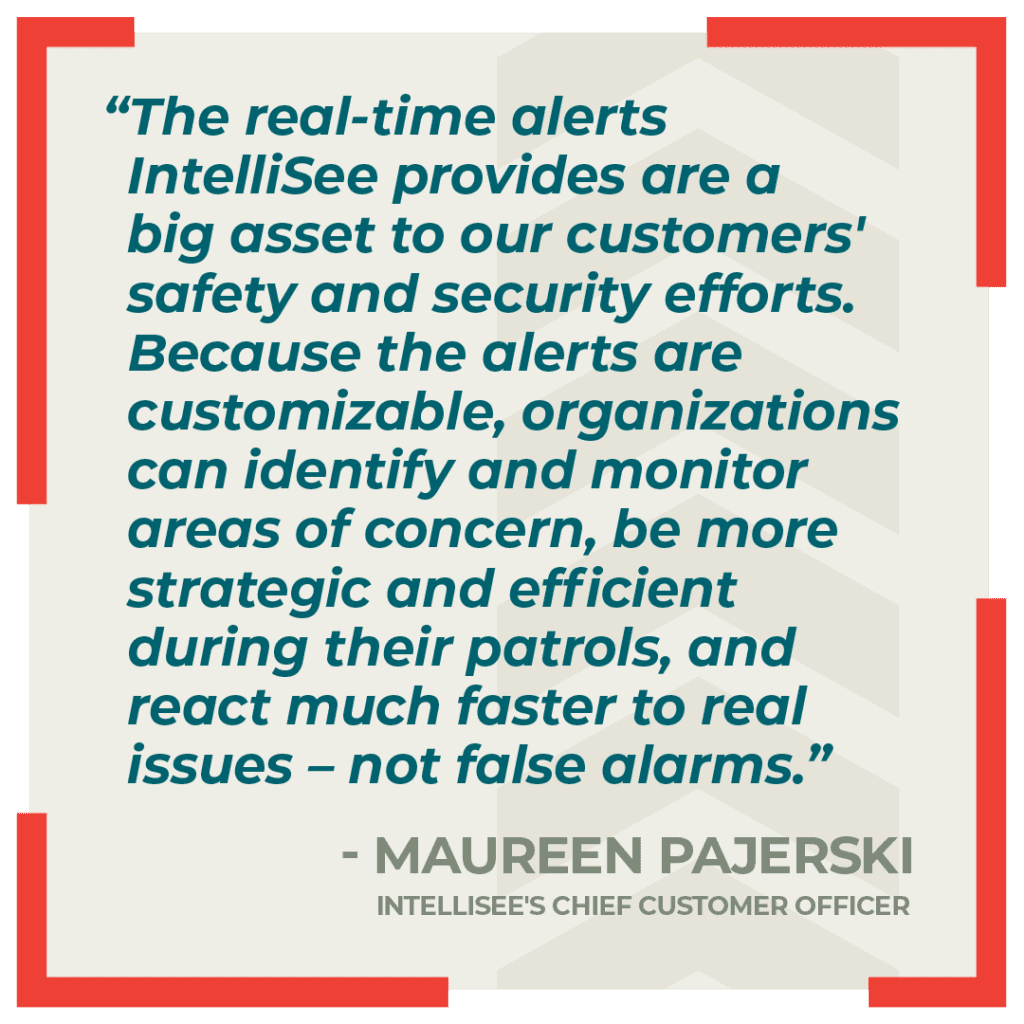 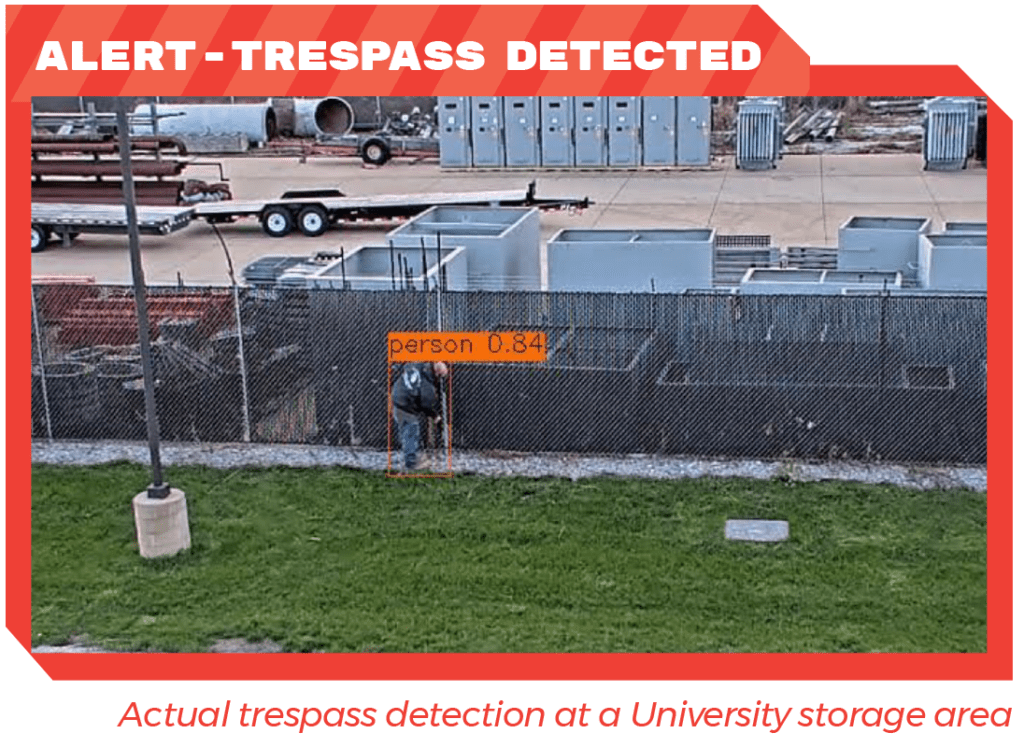 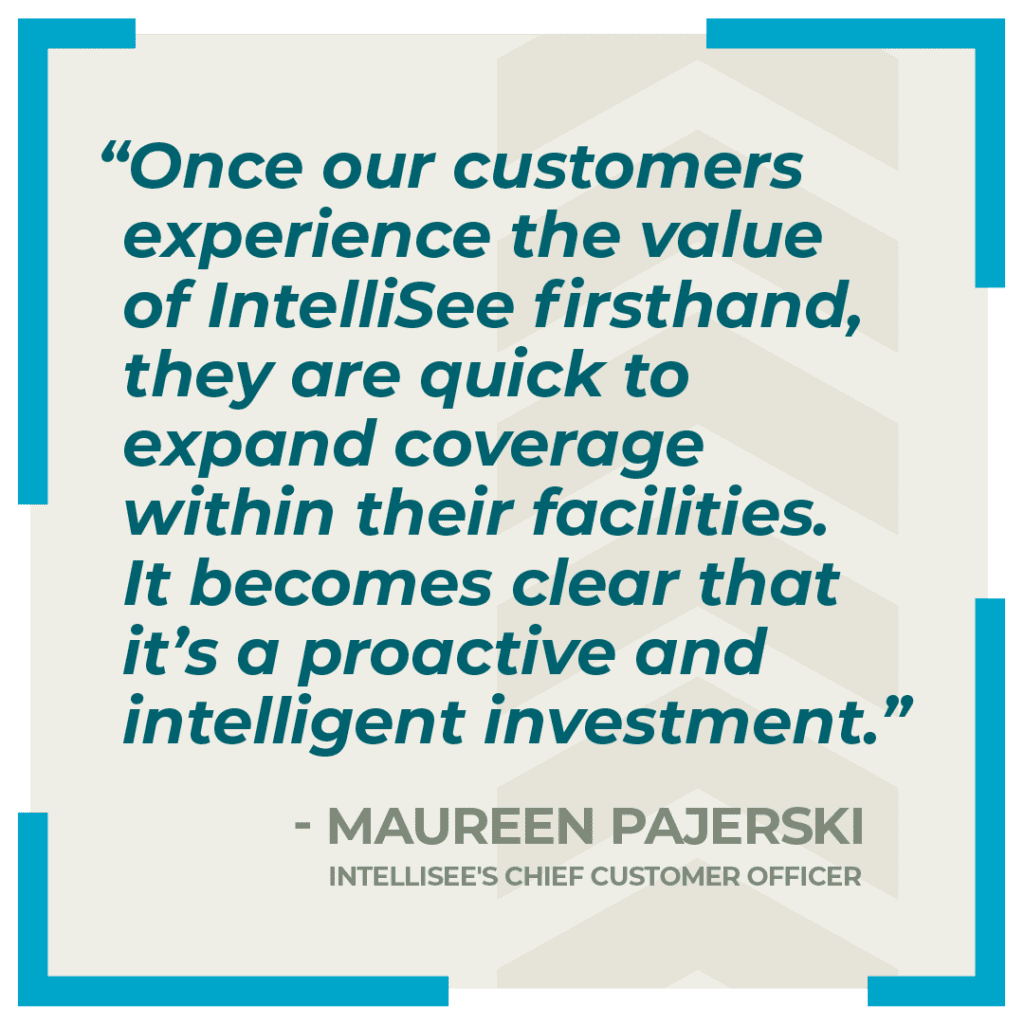 As Universities and others evaluate budgets and operations for the future, IntelliSee can add immediate efficiencies. Because the platform is an add-on—not a replacement—it seamlessly integrates into existing surveillance systems without requiring expensive hardware upgrades, camera installations, or additional staff.

Contact us today to learn how IntelliSee’s proactive detection capabilities can add value to your video surveillance. Get in touch with a representative or email us at sales@intellisee.com.