Even during the pandemic, there’s one institution that never closed its doors to customers: the grocery store. With thousands of people in and out each week and tens of thousands of products lining the shelves, accidents are just a drop or slip away. With large square footage to cover and lack of visibility across aisles, how can grocery stores effectively minimize risk with no additional personnel?

While the “excuse me, I dropped a jar in Aisle 8” experience is a common one for most, customers shouldn’t be the first line of defense when it comes to safety—especially as advancements in AI technology allow retailers to proactively monitor for risks instead of waiting for customers to alert staff to incidents.

This blog examines real-life challenges grocery retailers face and how one chain is already leveraging technology to intervene.

Leaving the Alerts to Customers Is Risky Business

Any store inviting the public into its building has an obligation to provide a safe environment. Given the sheer amount of foot traffic, grocery stores by far have the biggest challenge. In 2012, a California jury awarded a woman more than $400,000 after a slip and fall in a big-box grocery store left her with a shattered knee cap. The evidence showed that multiple employees had walked by the soapy liquid spill before the slip occurred, but none of them attempted to clean it up. After the suit, the store put new procedures and protocols into place to prevent a future incident. However, cases like this continue to happen and the cost to retailers is increasing.

In 2016, a Las Vegas woman was awarded more than $16.4 million after a slip and fall in a large home improvement store left her in need of a shoulder replacement. The store had even put out a warning cone to alert customers to the slippery floor, but after an 11-day trial, the jury concluded that the retailer was negligent and did not do enough to protect its customers.

A few years later in 2019, a Florida woman was awarded almost $2 million for a slip and fall in a convenience store caused by a puddle of water near a bin of ice. The store was found to be liable after the owner admitted that it knew the area was unsafe yet did nothing to mitigate the situation in a timely manner.

The reality is, liquid spills are a challenge for employees and customers to spot, especially as stores move toward automated check-out stations and navigate the challenges of a shrinking workforce with high turnover. But what if there was another tool companies could implement that quickly alerted staff to issues rather than requiring them to constantly be on the lookout for potential risks? 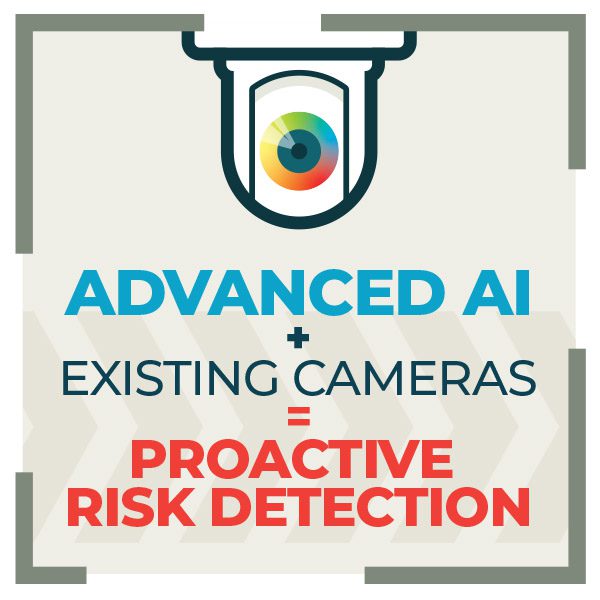 While AI technology can’t prevent a customer from dropping a gallon of milk, it can send an instant alert to staff, allowing for a quicker response before a spill becomes a slip and fall accident. However, it’s not just about a safe shopping environment but also a safe working environment. Grocery store employees face a slew of slip and fall hazards, from the meat counter to the break room and every aisle in-between. Take the overnight stockers for instance—if an employee slipped while carrying boxes, fell off a ladder, or experienced a medical emergency, how long would it take before someone came to their aid?

It’s a daunting question grocers can’t ignore—especially when an average of 9 million people are hospitalized each year due to slip and falls. While not all of these incidents occurred in grocery stores, that’s still an average of 25,000 slips per day and one every 3.5 seconds. Loss Prevention Magazine even ranked slips, trips and falls as the third greatest hazard in retail workplaces. Statistically, it’s the greatest risk retailers face today in their stores.

Slip and fall incidents, while the most common, are not the only risks that grocery retailers face. While it’s an uncomfortable truth, catastrophic shootings can happen anywhere. In 2021, a shooting in a Boulder, Colorado grocery store left 10 people dead. Among the victims were a responding police officer, three employees, and several customers. It’s unsettling to think a stop for ice cream or soda at your local grocery store could result in an unimaginable scenario, as some of the bystanders described that day. Unfortunately, these risks are real and it’s critically important to be as prepared and proactive as possible.

After mass shootings like this, the pressure gets put on politicians and leaders to change laws or close loopholes. While change does not always follow, technology can play an important role in preventing and responding faster to these incidents. 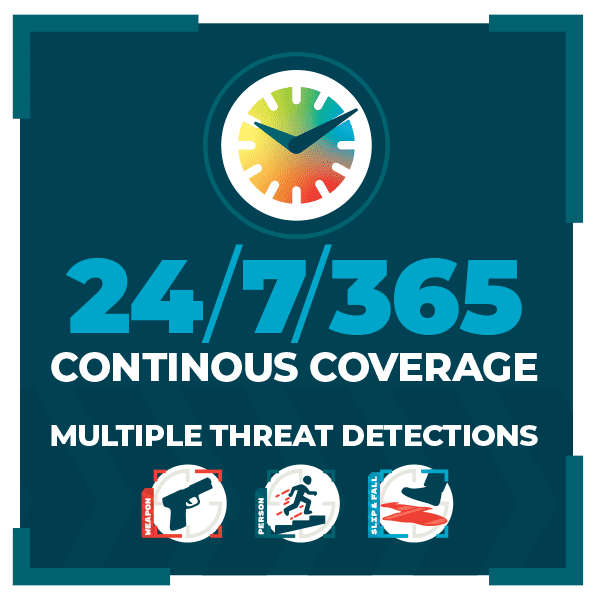 Grocery stores, while similar to other environments where IntelliSee is implemented, come with their own set of challenges. Camera angles are farther away, the common floor material is sheen, and there are hundreds of items in the frame of view. IntelliSee started its testing phase in one of the largest grocery chains on the east coast, ready to demonstrate the power of proactive risk mitigation.

In the first couple of weeks, IntelliSee began detecting risks like slip and fall hazards when and where they arose. In one instance, it identified a translucent bag that fell out of a customer’s cart as a hazard. Though alerts were only internally monitored in the test phase, the immediate detection was a clear demonstration of artificial intelligence’s potential in such a complex environment. For several minutes, customers unknowingly trampled the bag until an attentive employee happened to walk by and pick it up.

While alerting staff to a bag on the ground may not feel flashy, it’s confirmation of the ability to autonomously scan for potential risks, hazards, and even catastrophic incidents 24/7/365.

For other chains that model around having fewer employees and more self-service areas, this could be a game-changer, creating safer shopping environments and even more efficiencies while capitalizing on existing security investments. IntelliSee’s monitoring system can also alert to employee no-shows at places like deli counters or customer service desks that need to be staffed during specific days and hours. 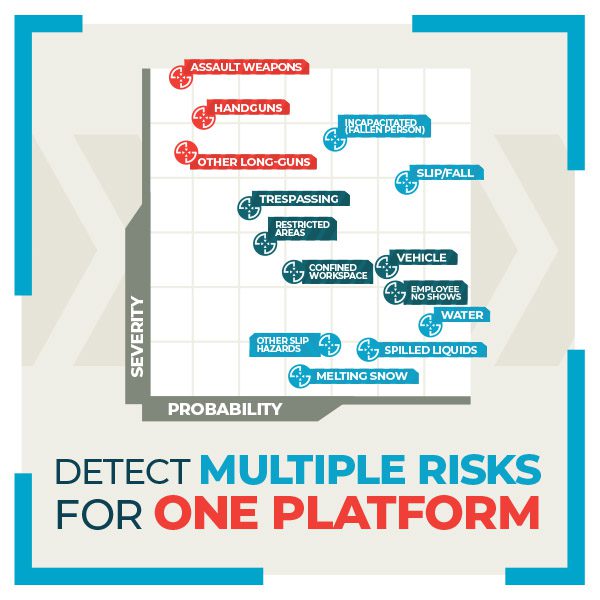 IntelliSee’s platform also creates accountability with screenshot alerts that are bookmarked for later reference. This helps support existing protocols and procedures to prevent injury, rather than just hoping an employee will take enough ownership to clean up a hazard. It cuts through the “not my problem” or “I just work here” mentality while creating another line of defense.

The bookmarked alerts can also be valuable tools for disproving fraudulent slip and fall claims and avoiding elongated legal battles. Because IntelliSee’s alerts can be integrated with other existing systems, such as VMS, the bookmarked incident footage can be immediately retrieved and avoids accidental deletion of important files.

In a world as unpredictable as ours, retailers need to be more proactive and prepared. Identify risks from the common to the catastrophic before an incident occurs. IntelliSee’s AI platform overlays existing surveillance systems with no expensive equipment upgrades or added personnel. Maximize and expand your existing security investments and make a stop at the grocery store safer for everyone.

Contact us today to talk about how IntelliSee’s proactive detection capabilities can add value to your video surveillance.