The Importance of Active Monitoring

The presence of video surveillance has become a standard in our lives and offers peace of mind as we maintain a safe environment for our staff and patrons. However, gone are the days of passive monitoring being enough. We have reached a heightened need for active monitoring solutions to protect ourselves, our employees, and individuals visiting our facilities.

What is Active Monitoring?

To grasp the importance of active monitoring, you must first understand reactive monitoring. A typical video management system stores hours and hours of recorded video that can be reviewed later as needed (if it’s not erased). This is reactive monitoring, meaning that surveillance is not being monitored and nothing is being flagged in real-time. In this case, recordings are useful in reaction to events, whether for forensics or to look back and gather clarifying information about something that has already taken place. While this can be useful at times—why not prevent these situations altogether?

Active monitoring allows you to proactively identify dangerous situations – often before they occur. For some large organizations, this meant having a human watch a video wall for long hours, scanning for something out of place or dangerous. Not only does this require thousands of paid hours a year—it’s simply not dependable.

Humans, by nature, are a species that makes mistakes, gets bored, or gets tunnel vision. What does this mean for video surveillance? It means that the margin of error on manually monitored surveillance is predictably unpredictable. Infinite factors can impact a person’s attention to detail, ability to focus, or attention span each day. Not to mention, security departments are not immune to staffing shortages or unexpected absences. So, it’s not a matter of if a human error can occur—but a matter of when.

While this leaves a lot of uncertainty, IntelliSee’s deep-learning AI overlays existing video monitoring systems to solve these issues by automating the task of monitoring video.

Tragedy Can Strike Anywhere At Anytime. Be Prepared.

Potential safety risks occur every day. Hazards range from spilled liquids—a seemingly harmless threat that can rack up thousands of dollars in slip and fall settlements—to weapons, people, or vehicles that pose a threat.  Common risks affect everyone but the catastrophic risks have the potential to impact anyone.

For example, gun violence is increasing but still extremely rare.  GunViolenceArchive.org classifies mass shootings as any instance where four or more people are shot or killed. According to their definition and database, there were over 50 mass shootings in April of 2022 alone, ending 61 lives and injuring 255 others.

One of these was just before 1:30 a.m. on April 10, 2022, when shots rang out at Taboo nightclub in downtown Cedar Rapids, IA. Two were killed and 10 more were injured, with some in critical condition. Surveillance footage revealed one of the shooters opening fire “intentionally and indiscriminately” into the large crowd. 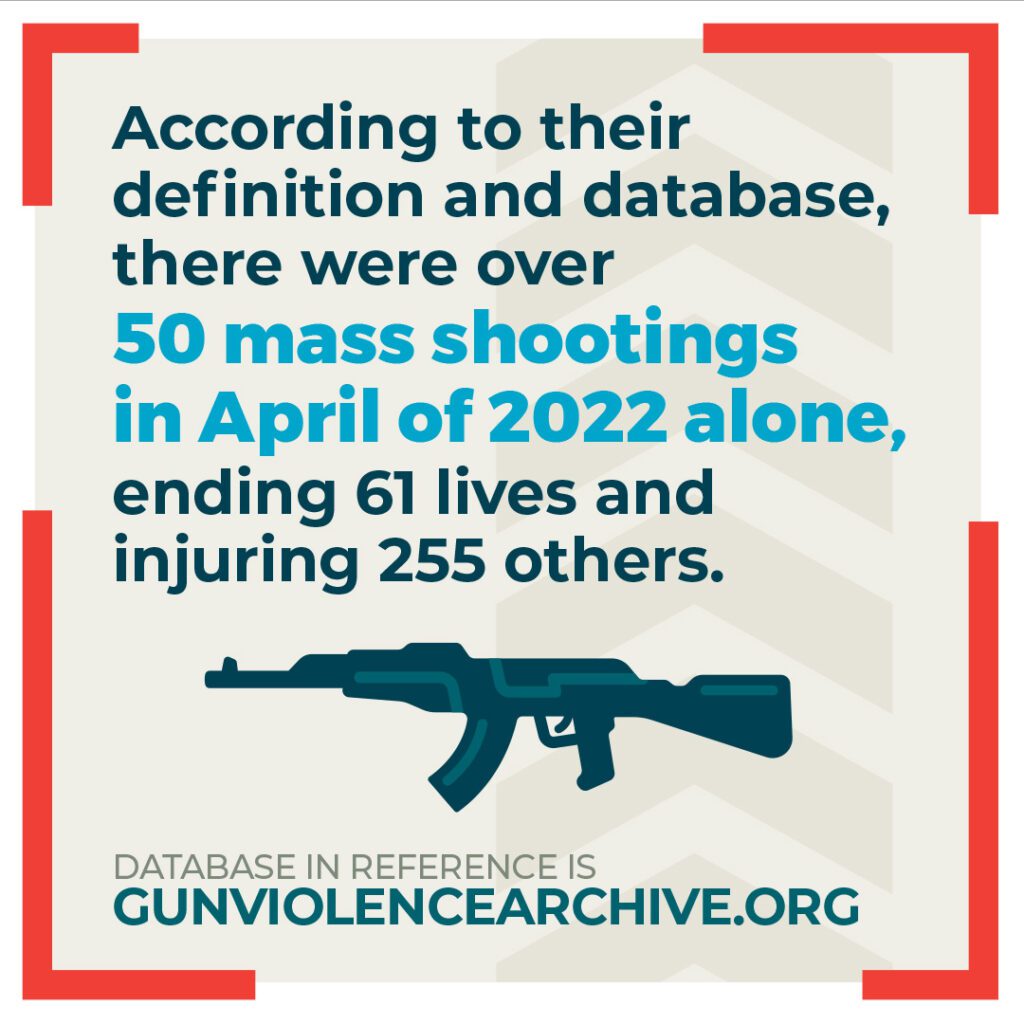 While IntelliSee can’t eliminate gun violence, the platform can transform your surveillance system from just a forensics resource to an immediate alert and prevention tool. The risk detection features of the platform identifies the presence of a drawn weapon right away, ideally before it is even used, flags the footage, and sends immediate customized alerts. This expedites situational awareness when seconds can literally be the difference between an incident and a tragedy. In Taboo nightclub case, it was reported that one of the shooters was a former employee, meaning he may have been recognizable to management had they received an alert.

With reports of shootings on the rise nationally, it’s more important than ever to take an immediate and proactive approach to secure your facilities. 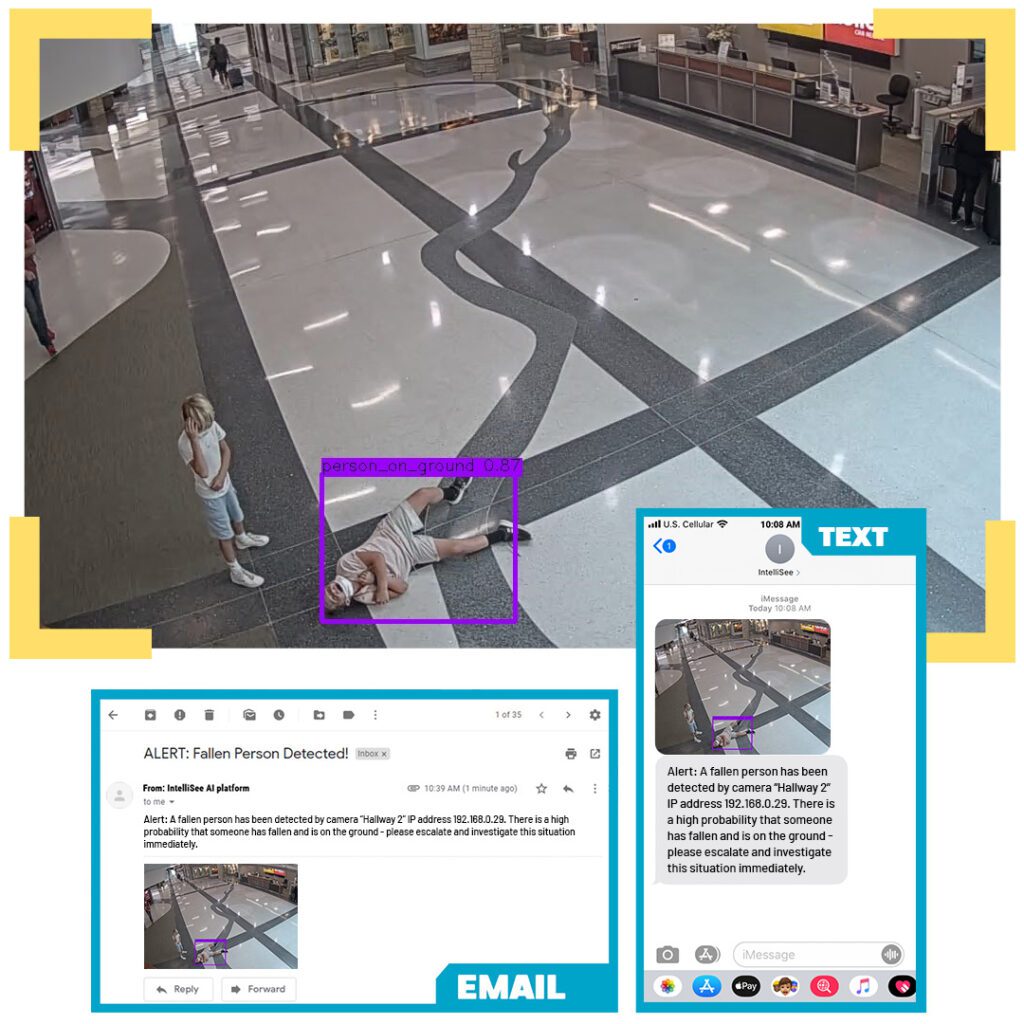 But Don’t Forget About Everyday Risks (and Costs)

While gun violence is a real and horrific threat, organizations are statistically extremely unlikely to experience them.  What is extremely  likely are common encounters like trespassing, medical incidents, and slip and falls. This applies to patrons and employees For example, 85 percent of worker’s compensation claims are attributable to slip and fall accidents on slick floors. Disabling injuries due to falls can cost businesses $250,000 to $300,000 per year.

IntelliSee can spot common threats like slipping hazards before an incident occurs, which is the ideal outcome. However, if someone does slip, IntelliSee can also detect a fallen person. The platform flags and alerts users immediately so help can be provided immediately.  This improves safety while also mitigating claim severity.  This also allows organizations to bookmark and review footage before it is erased or becomes difficult to locate. This not only saves time, it can also provide protection from insurance fraud scams that might come back at a much later date.

IntelliSee’s platform enables real-time situational awareness, which can play a crucial role in preventing senseless tragedies and crimes. Even better, this can be done without the hassle of a brand-new system.

In recent years, certain social media trends have racked up costly damages in vandalisms and thefts in schools, especially in bathrooms. While cameras aren’t permitted in bathroom settings, IntelliSee risk-mitigation platform can overlay cameras outside of bathrooms to identify loitering behaviors or flag when people are going in and out.

Parking lots and entry gates are another high-risk area. On April 20, 2022, in Stockton, California a high-school student was stabbed to death by a man trespassing on her school’s campus. The man entered campus through a parking lot gate and attacked moments later. Trespassers are just one of the risks that are identifiable with IntelliSee’s platform, and parameters can be put in place at any entrance, such as the parking lot gate, that should not have traffic at a given time or day.

IntelliSee works to combat non-violent tragedies as well. On January 29, 2019, windchills were 51 degrees below zero on a midwestern university campus when a student was accidentally trapped outside in the middle of the night. The doors had locked behind him, and nobody was present to let him back inside. Unfortunately, he was found deceased outside the next day. Surveillance video showed the student’s attempts to get help. The student’s mother has since filed a wrongful death lawsuit against the university. At another school, a student tragically took their own life beneath a stairwell. Despite the stairwell being in view of a camera, it was unmonitored, and the student was not discovered until it was too late.

Had a system been in place to alert someone of these time-sensitive safety concerns, these tragedies could have been avoided for the friends, families, and administrations involved.

Other Unknown Needs for Medical Attention

Hospitals, especially in areas with active gangs, experience “dump and runs” where an individual is dumped at the Emergency Department’s entrance after they have sustained injuries from illegal activities. To avoid getting in trouble themselves, these “friends” drive away without assisting the person inside or alerting medical staff to the situation. If there is no hospital personnel outside when this happens, that person is at risk of not receiving help in time, laying there until they’re noticed. Even if cameras are present, they are not useful unless actively monitored.

Solo workers represent another common yet similar situation. For example, an elementary school janitor was working the overnight shift when he began experiencing a medical emergency. After falling to the ground, he was unable to call for help, causing him to lay there for eight hours until he was eventually discovered. Janitors are not the only workers that face these risks, as many industries require people to work alone and today’s workforce shortages often create unintended solo worker situations.

Once again, had an active monitoring system been in place to notify someone of a fallen person, the overnight janitor would have been aided much sooner and the chances of a worse outcome would be minimized.

It’s nearly impossible to identify every threat that a business may or may not need to be wary of. There is no foolproof way to determine the intentions of others, either. Humans are unpredictable and environmental accidents can happen at any time.

IntelliSee’s AI platform continues to learn new risks—such as abandoned vehicles, loitering, and crowd formation—which helps users to prevent and protect from even the most unique situations. As these updates become available, they happen automatically and do not require additional purchases, fees, or service visits to access new AI features.

Interested in a live demo? Send us an incident from any surveillance system and see how quickly IntelliSee can detect and alert. 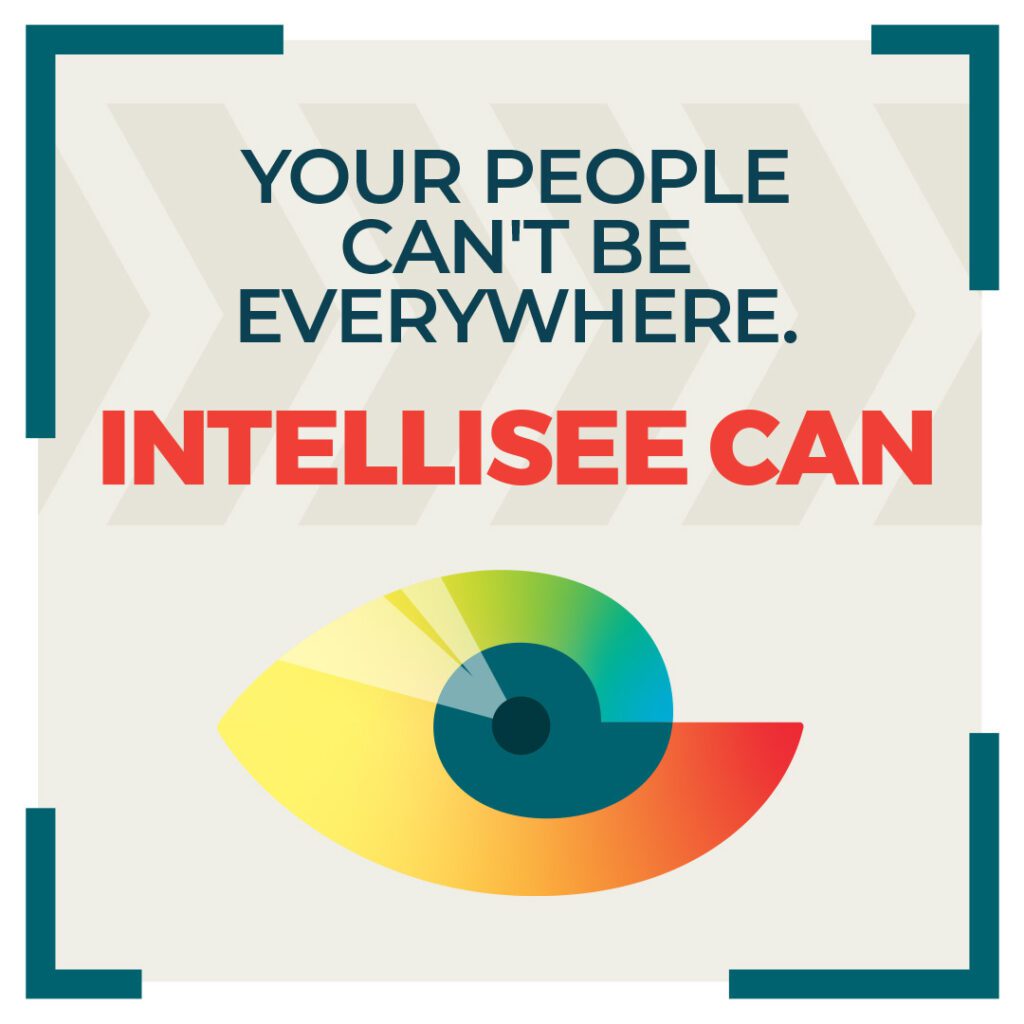